Tourists in Bermuda initially find the sight of a respectable businessman wearing a blazer, tie and pink Bermuda shorts highly amusing. However, they can be considered the national dress of Bermuda and are widely worn in the boardroom, by the police, in the House of Assembly and by Bermuda delegations overseas.

They should hang 3 inches above the knee and are worn with a blazer, tie and socks which extend to just below the knee. The shorts come in a variety of colours, from conservative grey to colourful pinks and yellows, but should be a different colour to the jacket. They are typically worn from April until November. 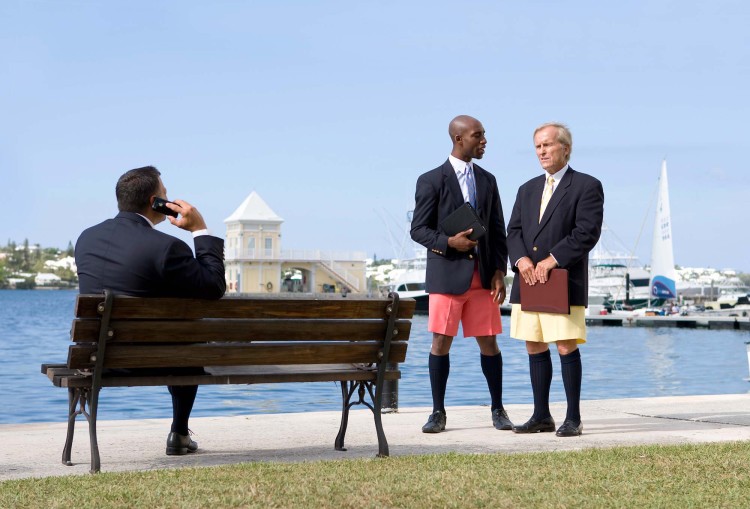 They were introduced into Bermuda in the early 20th century by the British military as a means of surviving the heat and humidity. Good places to purchase a pair include the English Sports Shop and AS Cooper & Sons.