The Bermuda economy is impressive to say the least. In 2011 its gross domestic product (GDP) stood at over $5.5 billion. Not bad for a country with a population of just over 64,000. It’s GDP per capita is only bettered by a handful of countries such as Liechtenstein, Monaco, and Luxembourg.

Bermuda imports virtually everything (mainly from the US) and manufactures and exports almost nothing. Import duties on the $1 billion worth of merchandise imported is one of the principal sources of government revenue and partially explains the country’s unusually high cost of living. Payroll taxes, passenger tax, and taxes on international companies are the other principal sources of income for the government.

In 2011 the average worker in Bermuda earned a salary of $82,558 for a 33 hour week. This is a significant amount and ranks it well above most other countries. The figure is only an average though. There are many Bermudians forced to hold down several poorly paid jobs just to make ends meet. At the other end of the scale there are significant numbers making astronomical sums of money.

Tourism was once the principal driver of the economy, but in recent years international business has become its mainstay.

Bermuda is a major offshore financial centre with an attractive tax regime, a modern infrastructure, tax-neutral environment, and a stable government.

At the end of 2011 there were over 14,000 international companies registered in Bermuda. Most don’t have a physical presence on the island but many do, and their contribution to the economy is hugely significant.

International businesses operating in Bermuda include reinsurance companies, mutual and hedge funds, and investment managers. IT companies, accountancy and law firms, advertising agencies, and recruitment consultants have all set up shop to support their operations.

Salaries in international businesses are high, for both for Bermudians and the army of expatriate workers brought into to fill the skills gap. The trickle-down effect on the economy is significant. Many of these workers can afford to spend more than $20,000 per month on an executive home, send their children to expensive private schools, and eat in restaurants every day of the week.

In recent years the international business sector has faced a number of challenges. Like most economies around the world, Bermuda was not immune to the after effects of the 2008 financial crisis.

The last few years have seen a small, but notable exodus of highly paid expatriate workers. Many companies have outsourced work (IT departments etc.) to cheaper jurisdictions and some have completely relocated.

Factors contributing to the shift have included high labour costs, work permit restrictions, and poor relations between expatriates and locals. It’s a sad fact of life in Bermuda that many of its citizens, particularly young black men, have not fully enjoyed the benefits of the international business sector. Racial tension between the black local population and a mainly white (and highly paid) expatriate workforce is a significant problem on the island.

In 2011 over 650,000 people visited the island, one of the highest figures ever recorded. At first glance, most other countries would be jealous of these arrival statistics. Delve a little deeper though and the picture doesn’t look too rosy.

The problem is that the bulk of these visitors arrive on cruise ships, whereas in the past air passengers were the majority. Unlike those flying and staying in hotels, cruise passengers actually spend very little on the island itself. They don’t eat in the restaurants and they sleep on the ship. They may buy the odd gift or t-shirt but the revenue earned is just a small fraction of that contributed by the average hotel guest.

High airfares are just one of the reasons for the decline in air passenger numbers in recent years. Hotel rates are also uncompetitive when compared to Caribbean and other competing destinations. Everything is imported (and taxed) and workers demand high salaries to survive in one of the most expensive countries in the world. Most of the costs driving these high prices are beyond the control of the hoteliers.

The change in the market, combined with the effects of the financial crisis, has led to a slew of hotel closures in recent years. The Wyndham, Waterloo House, Horizons and Cottages, and Ariel Sands are just some of the properties that have gone out of business. Plans for new openings like the Park-Hyatt in St George have been constantly delayed.

Even Bermuda’s cruise business is now facing challenges. Several years ago cruise ships used to dock at three ports in Bermuda; Hamilton, St George, and Royal Naval Dockyard (Kings Wharf and Heritage Wharf). In recent years the cruise lines serving Bermuda have commissioned larger ships and sold off or scrapped their older and smaller vessels. The docks at Hamilton and St George are simply unable to accommodate the modern mega-ships. All of the regular cruise ships visiting the island now dock at Dockyard. As a direct consequence, many tourist-related businesses in St George and Hamilton have closed or relocated.

Despite the gloomy picture, the tourism industry still comprises a significant part of the island’s economy, directly accounting for more than 4000 jobs in 2011 (around 11 per cent of the total workforce).

Guide to the districts of the island. 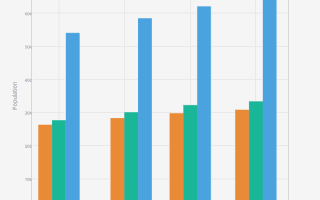 Learn how the humble onion played an important role in the development of the island.