Bermuda 4u > Essential > Flora and Fauna

Onions were first grown in Bermuda in 1616 from seeds sent from England. Bermuda’s soil and climate produced onions that were particularly tasty and developed a huge following in the markets of New York, so much so that Bermuda was referred to as the ‘Onion Patch’ and Bermudians as ‘Onions’. Vegetables are no longer exported, and Bermuda is no longer the rural community it once was. Nevertheless, there are still tracts of arable land growing onions, carrots, potatoes and other vegetables. Many of these farms are run by members of Bermuda’s significant Portuguese community.

Endemic trees include the Bermuda cedar, olivewood bark and the Bermuda palmetto. Casuarina trees, native to Australia, were extensively planted in the 1940’s as a replacement for the 80 percent of the island cedars destroyed by scale insects. Thanks to a comprehensive reforestation program the Bermuda cedar is now making a welcome return. Other trees prevalent in Bermuda are the loquat, royal poinciana, screw pine, paw-paw, cassava and banana.

All of Bermuda’s flora can be found, clearly identified, at the Bermuda Botanical Gardens in Paget Parish.

There are no native mammals in Bermuda. When Sir George Somers and his crew arrived in Bermuda in 1609 on the Sea Venture they found a plentiful supply of wild hogs. Some believe the hogs may have come ashore from an earlier shipwreck, while others take the view that they were deliberately left by passing Spanish ships to provide fresh supplies of food for subsequent voyages. They were not native but, whatever their origin, they were a welcome sight for the stranded sailors.

There are no snakes in Bermuda but plenty of lizards can be spotted basking in the sun. A few of these, such as the Bermuda rock lizard are native, but the most common (Jamaican anole, Somerset lizard and Warwick lizard) are non-native. All the lizards found in Bermuda are completely harmless.

From April to November, providing the temperature is above 68 F, the night air is filled with the musical chorus of whistling tree frogs. Many visitors find the sound romantic, whilst others complain it disturbs their sleep. Another amphibian found in abundance in Bermuda, often squashed on the roads, is the giant toad.

The waters off Bermuda are home to a huge variety of marine life and are great for fishing. Snorkelling also offers a great opportunity to spot many colourful fish including parrotfish, angelfish, four-eyed butterfly fish and sergeant majors. The only sea creature presenting any significant danger to swimmers in Bermuda’s waters is the Portuguese man-of war. Humpback whales can be seen off the South Shore from late February into May as they make their way from the Caribbean to their summer feeding grounds. A great place to spot them is from the top of Gibbs Hill Lighthouse. Blue Water Divers & Watersports and Fantasea Bermuda also offer whale watching trips. Visitors with an interest in Bermuda’s marine life should definitely check out the Bermuda Aquarium, Museum and Zoo.

Bermuda is home, albeit on the most part temporary, to a large and varied bird population. The longtail is seen in Bermuda from March until October and is known locally as the ‘Herald of Spring’. Fall and winter is, however, the best time to see large numbers of migratory birds and the Spittal Pond Nature Reserve is undoubtedly the best location. Despite all the comings and goings, Bermuda does have some permanent residents including white-eyed vireo, kiskadee and cahow. 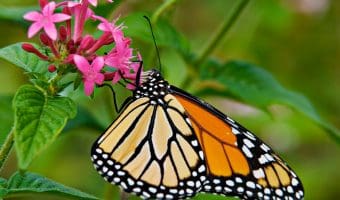 Beautiful images of flora and fauna by Gavin Howarth. Includes photos of butterflies, birds, and lizards.

Bermuda 4u
We use cookies to ensure that we give you the best experience on our website. If you continue to use this site we will assume that you are happy with it.OkRead more