Bermuda is a British Overseas Territory with a high degree of internal self-government. The official head of state is the Queen, who appoints a Governor to represent her in Bermuda. The Governor is responsible for the police, external affairs, internal security and defence. The current Governor, George Fergusson, has held office since May 2012.

Bermuda’s system of government is similar to that of the UK. There are two legislative chambers; the House of Assembly and the Senate.

The House of Assembly consists of 36 members elected by eligible voters in a general election (held at least every 5 years). The leader of the political party winning the most seats in the House of Assembly is appointed Premier and is asked by the Governor to form a government (i.e. Cabinet). The largest minority political party becomes the Opposition with its own Leader and Shadow Cabinet.

The Senate has 11 members; 5 of whom are appointed by the Governor on advice of the Premier, 3 by the Leader of the Opposition, and 3 by the Governor. To become law, legislation must be passed by the House of Assembly and approved by the Senate and Governor.

There are two major political parties in Bermuda; the One Bermuda Alliance (OBA) and the Progressive Labour Party (PLP). The OBA won the most recent elections held in December 2012. The current Premier is Craig Cannonier.

The One Bermuda Alliance is a relatively new party, formed in 2011 by the merger of the United Bermuda Party (UBP) and the Bermuda Democratic Alliance (BDA).

Until 1963 there were no political parties in Bermuda. All government members were independent (mainly white landowners). Voting was restricted to property owners, effectively disenfranchising much of the black population.

The general election of 1963 saw voting rights extended to all Bermudians over 25. Whites still had an unfair advantage as property owners had the right to cast two votes. Despite this, the PLP was formed to represent the interests of blacks and won 6 seats.

In response to the threat posed by the PLP, 1964 saw the independent candidates group together to form the UBP.

In 1968 the island adopted a new constitution and the first election under universal adult suffrage was held. The UBP won it and held onto power for 30 years.

After the general election of 2007 many UBP members felt that the party had become unelectable. Despite a significant number of black candidates it could not shake off its historical image as the political party of wealthy white landowners and shopkeepers (the so called Forty Thieves of Front Street). In 2009, six members of the UBP defected and formed the Bermuda Democratic Alliance (BDA).

In 2011, with a general election on the horizon, concerns that the anti-PLP vote would be split between the UBP and the BDA led to negotiations between the two parties to form a new political party. The One Bermuda Alliance was founded in May 2011 and went onto form the Bermuda government after winning the general election in December 2012. 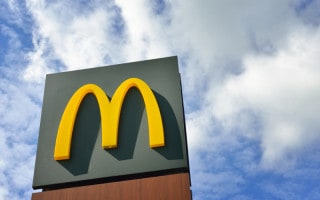 Is there a McDonald’s in Bermuda?

Well there was, but not any more. Find out why.