Skip to content
Bermuda 4u > Essential > Public Holidays in Bermuda

Bermuda has 10 public holidays throughout the year. Some, such as Bermuda Day and Cup Match (Emancipation Day and Somers’ Day), are unique to the island.

On public holidays all government, banks, and business offices are closed, as are some restaurants and shops. Buses and ferries run a limited service.

If a public holiday falls on a Saturday or Sunday it is usually observed the following Monday.

The table below shows all public holidays in Bermuda in 2020:

New Year’s Eve street parties are held in both Hamilton and St George. The celebration in St George features a firework display and a Bermuda onion drop, the island’s take on the famous ball drop held at New York’s Times Square.

On New Year’s Day Gombey troupes dance around the neighbourhoods.

On Good Friday many Bermudians like to spend the day at the beach, fly traditional Bermuda kites, and eat fish cakes and hot cross buns.

Bermuda Day kicks off the start of the island’s summer season and is the day when many islanders take their first dip in the ocean.

The Bermuda Day Parade is the major event of the day. A colourful parade of Gombeys, majorettes, community floats winds its way along the streets of Hamilton. Competition for the best viewing spots is fierce. Many families arrive hours before the parade begins to lay claim to the prime spaces on Front Street.

Every year Bermuda honours those that have made significant contributions to the island’s development.

Emancipation Day and Somers’ Day are public holidays held on the Thursday and Friday immediately before the first Monday in August.

Labour Day is a public holiday held on the first Monday in September. The island’s trade unions organise a rally, sporting events, and entertainment.

Bermuda’s fallen are remembered at the annual Remembrance Day Ceremony in Hamilton. The Bermuda Regiment Band and surviving war veterans march down Front Street to the Cenotaph.

See what events are scheduled for this year and beyond. Many are free to attend. 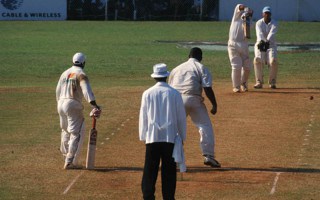 Believe it or not, every year the whole island shuts down for two days for a cricket match. 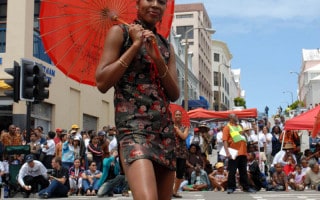 National holiday with half-marathon, cycle racing, and a colourful parade. 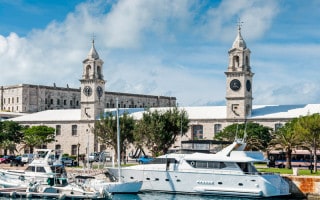 Find out what time it is in Bermuda now. View the local time, time zone, and time differences between Bermuda and cities such as London and New York.