Situated on a hilltop on the outskirts of Hamilton this pentagonal fort makes a pleasant retreat from the bustle of the city. It was built in the 1870’s to defend against a possible attack by American forces and offers spectacular views of the capital and Hamilton Harbour.

The fort has plenty of cannons, gun emplacements and ramparts to keep history buffs occupied. However, we think its main attraction is its unique gardens. The 30 foot wide dry moat which surrounds the fort has been transformed into a woodland garden.

A meandering path leads through a thick forest of soaring bamboos, palms, palmettos and allspice trees. It contrasts perfectly with the formal order of the terraced gardens lying within the walls above. Wandering along the path you are blissfully unaware of the proximity of the city. The only sound that can be heard is the occasional rustling of the wildlife in the trees.

Much of the credit for this peaceful oasis can be contributed to one man; George Ogden. In the 1960’s the fort and its surrounding moat had become a dumping ground. The newly appointed parks superintendent began the laborious task of removing the rubbish and creating the lush landscape we see today. In recognition of this and other momentous achievements George Ogden has received honours from both the Queen and the Royal Horticultural Society in London.

If you visit Bermuda between November and March try to visit here on Monday at noon. The Bermuda Islands Pipe Band gives a colourful skirling performance featuring Scottish bagpipes, drummers and dancers.

Fort Hamilton is situated on Happy Valley Road, just east of the centre of Hamilton. It’s a fairly easy walk from the city centre, but the road up to the entrance may be a little steep for less able. There’s plenty of free parking for those travelling on a scooter. The park and fort are open daily from 9.30 am until 5 pm. Entrance is free.

As noted above, one great feature of the park is the vista it offers. Other places with great views include Fort Scaur, Bermuda Cathedral, and the Gibbs Hill Lighthouse.

Tourist attractions and things to do near Fort Hamilton include:

Restaurants and places to eat and drink near Fort Hamilton include: 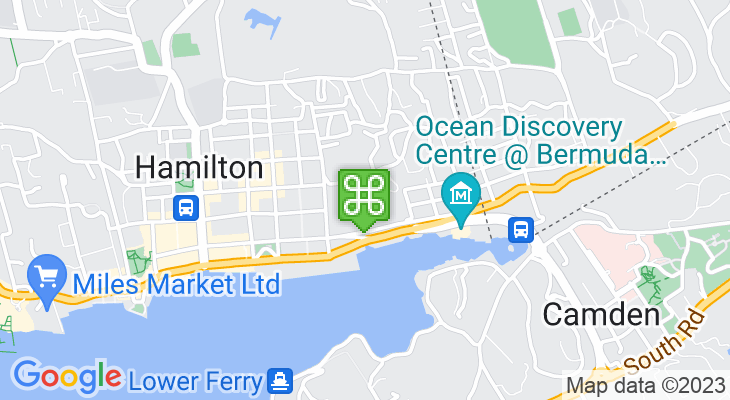 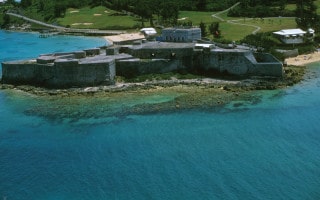 The most impressive fort on the island features a museum packed with interesting exhibits including huge 19th century guns. It’s also flanked by a couple of beautiful beaches that are usually pretty empty.