If you failed to get a window seat on the plane, or simply got too hammered on the free beverages, you can still get a bird’s eye view of the island by visiting the Gibbs Hill Lighthouse.

First lit in 1846, it’s the tallest cast iron lighthouse in the world and the best example of its kind in the world. It was fabricated in London, shipped over in pieces to Bermuda, and erected by convicts under the supervision of the British Royal Engineers.

There are reasonably good views from the base of the lighthouse, but for the best 360 panoramic view you’ll need to climb to the top. There are 185 steps and no elevator. The stairway is narrow and winding so it’s not suitable for all. On the way there are a few platforms where you can take a break and catch your breath. The platforms also house exhibits telling the history of the lighthouse.

Once at the top, you can venture out onto the circular walkway and admire the views. Don’t forget your camera. You can take some excellent photos from here. Look north and you can clearly see Royal Naval Dockyard and the cruise ships docked there. Face north west and you’ll get a great view of Riddell’s Bay Golf Club with Hamilton in the distance. Look east and you can see the Fairmont Southampton and the Turtle Hill Golf Club. To the south are unending views of the Atlantic.

While you’re up there you can have a look at the light itself. The lighthouse is only open in the daytime so it won’t be in operation while you’re up there. It’s a huge contraption weighing over two tonnes consisting of Fresnel lens that revolves on steel bearings. The beam it emits can be seen by ships from a distance of more than 40 miles. Over the years it has undoubtedly prevented many shipwrecks.

After climbing to the top you may be feeling a bit peckish. The Dining Room is an excellent restaurant in the grounds of the lighthouse.

The Gibbs Hill Lighthouse is open every day of the week. Hours are 9 am to 4.30 pm. Admission is a bargain at just $2.50. It’s probably the cheapest paid attraction in Bermuda. Buy your ticket at the gift shop and place it in the honour box at the entrance.

The lighthouse is situated in Southampton Parish, roughly midway between the Reefs and the Fairmont Southampton. To reach it by public transport take bus number 7 from Hamilton or Dockyard (Kings Wharf/Heritage Wharf) and get off near Henry VIII. It’s a short trek up a hill to reach it. On the way admire the vista from Queen’s View, so named because Queen Elizabeth II stopped here to do the same.

Other places in Bermuda with great views include Fort Scaur and Fort Hamilton. There are no steps to climb at either of these locations. You can also climb to the top of the tower of Bermuda Cathedral and look out over Hamilton and Pembroke Parish.

The lighthouse is one of two on the island. The other is the St David’s Lighthouse in St George’s Parish.

Tourist attractions and things to do near Gibbs Hill Lighthouse include:

Restaurants and places to eat and drink near Gibbs Hill Lighthouse include:

Hotels near Gibbs Hill Lighthouse include: 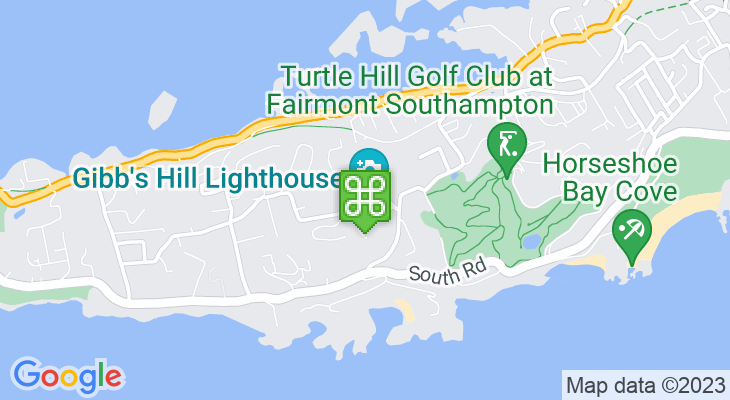