This wild park at the southern end of Sandys Parish is one of Bermuda’s newest and most spectacular parks. Although it’s within easy reach of the thousands of cruise ship passengers at Royal Naval Dockyard, Hog Bay Park is one of the most secluded and least visited areas on the island.

The park comprises 32 acres of unspoilt countryside. It was established in the 1990s after the completed the purchase of three adjoining estates. Remarkably none of the former owners had subdivided or sold off any parts of their land, meaning that the area was pretty much free of any 20th century developments.

Today the park consists of wooded areas and tracts of agricultural land. On the hillside overlooking the ocean you can see the skeletal remains of endemic Bermuda cedar trees (Juiperus bermudiana) destroyed in the 1940s and 50s by scale insects accidentally introduced to the island. While wandering around the area you may catch sight of a farmer tending fields of lettuce, carrots, potatoes and broccoli. The land here is extremely fertile and has been farmed continuously since the 17the century.

Various trails lead through the park and it’s quite easy to get lost for a while. The main one takes you down to a small beach. It disappears at high tide but at low tide the water is shallow and remains so for a few hundred yards from the shore. It’s an excellent spot for snorkelling as the seagrass beds here are home to many colourful fish. They also attract sea turtles but you’ll be extremely lucky to spot one while snorkelling. Other trails take you past small abandoned buildings, an old lime kiln, and other interesting sights.

At weekends the park is popular with mountain bikers and walkers. Birdwatchers are also drawn by a diverse range of species found here. Throughout the week though it’s pretty much deserted, so single female visitors should exercise caution. Bermuda is fairly safe, but it’s not completely crime free.

Hog Bay Park is situated in Sandys Parish, close to Somerset Bridge. To reach it by public transport take bus number 7 or bus number 8 from Hamilton or Royal Naval Dockyard. Those travelling by scooter can park near the main entrance. The Maxi Mart supermarket is nearby if you want to buy some food and drink for a picnic.

Like all public parks in Bermuda, its open daily from sunrise to sunset. Admission is free. 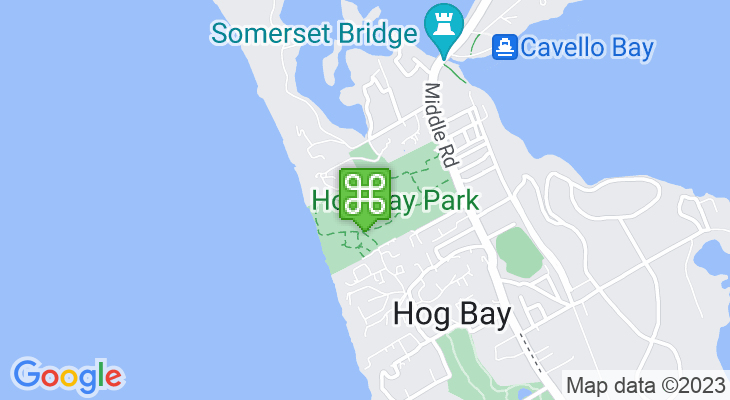 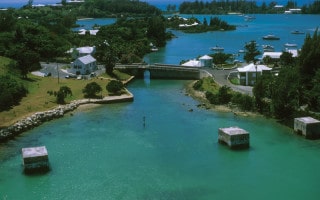