Skip to content
Bermuda 4u > Attractions > National Museum of Bermuda

The National Museum of Bermuda is the largest tourist attraction on the island. It was previously the Bermuda Maritime Museum but was renamed after the government expanded it with the addition of a former prison, the Casemate Barracks.

The prison is currently being redeveloped and is not open to the public. So for now, the museum remains within the boundaries of its original location; the Keep, a 6-acre fortress at the tip of Royal Naval Dockyard.

Elevated high inside the Keep is the magnificent Commissioner’s House, once the home of the Dockyard Commissioner. It was the world’s first cast-iron residential structure and considered to be one of Bermuda’s most important buildings. Rescued from near dereliction by a 20-year restoration programme, it reopened as an exhibition space in 2000.

A labyrinth of rooms on the ground floor showcases Bermuda’s military history, with a focus on forts, militias, and war veterans. On the first floor there’s an extensive coin collection plus exhibits telling the story of the slave trade, the Portuguese in Bermuda, the Newport Bermuda Race, and the history of the island’s tourist industry. The second floor is home to items relating to the British Royal Navy and US forces.

One of the most recent additions to Commissioner’s House is the Hall of History, a 1,000 square foot mural by Graham Foster depicting 5 centuries of Bermuda’s history. It spans two floors of the Pillared Hall and took over 3 years to complete.

The museum’s exhibits also extend to several converted gunpowder magazines on the lower grounds. Shipwreck Island is a new exhibit in the Queen’s Exhibition Hall that tells the story of island’s history through the ships that have perished on its treacherous reefs. It boasts more than a 1,000 artefacts recovered from the ocean floor including canons and other weapons, navigational instruments, gold and silver coins, and salvaged cargo.

The grounds of the museum are also home to Dolphin Quest. The interactive dolphin experiences offered here are not included in the museum entrance fee but visitors are free to watch.

The National Museum of Bermuda is open every day of the year (except Christmas Day). Opening hours are 9.00 am (weekends 9.30 am) to 5 pm, with last admission at 4 pm. Entry costs $15 for adults and $12 for seniors. Children under 16 enjoy free admission.

Cruise passengers will have no difficulty finding the museum. It’s just a 10 minute walk from the docks at Kings Wharf and Heritage Wharf and is clearly signposted. Buses 7 and 8 go from Hamilton to Dockyard and shop near the museum entrance. Ferries run year-round between Hamilton and Dockyard. In the summer months there’s also a ferry service from St George.

After exploring the museum you could grab a bite to eat at the Frog & Onion Pub. It’s situated right opposite the main entrance to the museum. The Bermuda Craft Market and the Bermuda Arts Centre are also here. Snorkel Park and Bermuda Fun Golf are just west of the museum.

Tourist attractions and things to do near National Museum of Bermuda include:

Restaurants and places to eat and drink near National Museum of Bermuda include:

Transport links near National Museum of Bermuda include: 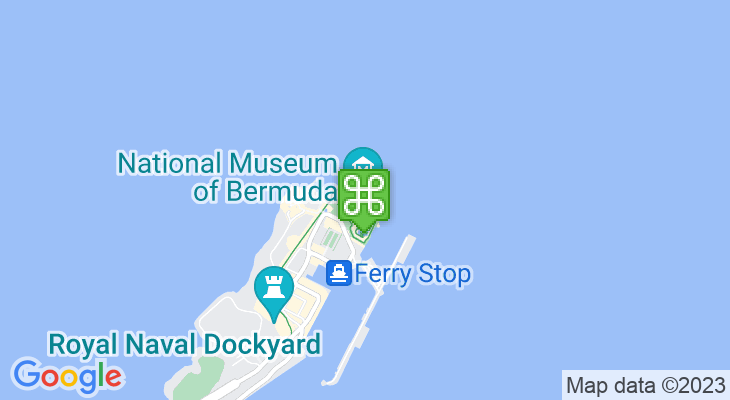 Interact and swim with dophins at Royal Naval Dockyard. 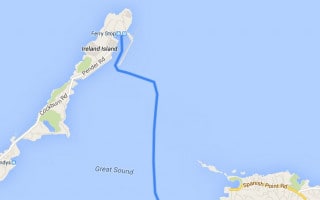