This long stretch of sand lies below Fort St Catherine and was once the private beach of the Club Med/Holiday Inn. The hotel closed many years ago and the beach is now open to the public.

Although the beach is one of the prettiest in Bermuda you’ll rarely find more than a few people here. It’s not on a bus route and isn’t near any major hotels. It’s a good choice though if you want to spend some time at a beach after visiting the historic town of St George.

There are no facilities on the beach itself but the Beach House bar and restaurant at Achilles Bay can easily be reached on foot in a few minutes.

St Catherine’s Beach is one of the most historically significant locations on the island. In 1609 it was here where Admiral Sir George Somers and the first colonists landed after the Sea Venture was wrecked on the reef. It’s also known as Gates Bay, after Sir Thomas Gates, another commander travelling on the ship.

Close to the beach, on Barry Road, there’s a monument dedicated to the survivors of the Sea Venture. The seven foot cross is a recreation of that used by the colonists to lay claim to the island. From the monument you can clearly see the reef where the Sea Venture foundered.

On the plinth there are various bronze plaques relating to the event. One features an engraving telling the story in both English and Latin. Another plaque features the names of 50 known survivors from the ship. Although all 150 crew and passengers made it to the shore and survived, historians have been unable to trace the names of the rest.

The beach is around ¾ mile from the centre of St George and can be reached on foot in about 15 minutes. If you don’t fancy the walk you could take the private mini-bus service (or a taxi) from King’s Square in St George. 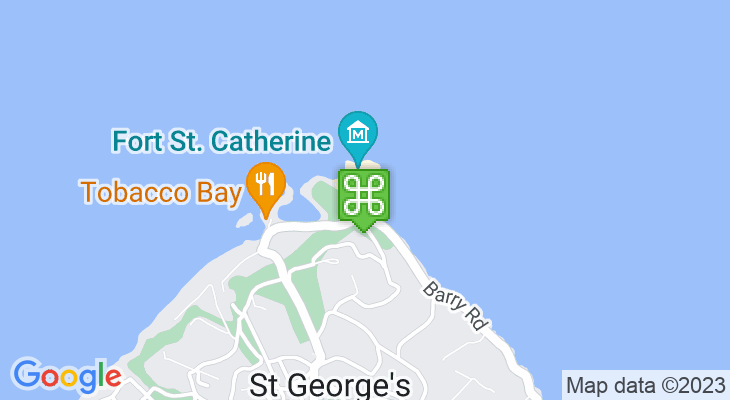 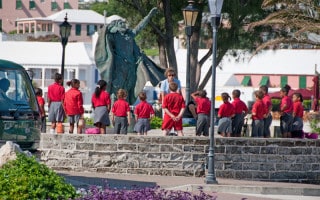