Survivors of Sir George Somers’ ship, the Sea Venture, gave this bay its name after they discovered tobacco growing here.

The beach here is the most popular in St George’s, although since the cruise ships stopped calling in St George it’s not as packed as it used to be.

The bay is sheltered by unusual Daliesque limestone rock formations and is a haven for colourful tropical fish like parrotfish and sergeant majors. The calm, relatively shallow water has good visibility and is great for snorkelling and children to paddle in.

Facilities include a cafe and bar, restrooms, changing facilities, and a concession that rents snorkelling gear, chairs, umbrellas, floats and noodles.

Tobacco Bay is located at the north eastern tip of St George’s. No public buses go directly to the beach. To get there by public transport first catch a bus (1, 3, 10, or 11) or a ferry to St George. From St George you can walk to the beach in about 10 minutes (uphill) or catch a taxi from Kings Square. A private minibus service also departs from Kings Square for Tobacco Bay. Ask for details in the Visitor Information Centre.

Although Tobacco Bay is the best known beach in the area, there are two other options nearby. Achilles Bay is just east of Tobacco Bay. It’s tiny but is also good for snorkelling and offers a more substantial restaurant and bar (The Beach House at Blackbeard’s). Go a little further past Fort St Catherine and you’ll come to St Catherine’s Beach. It’s the largest of the trio and is usually deserted.

Tourist attractions and things to do near Tobacco Bay Beach include:

Restaurants and places to eat and drink near Tobacco Bay Beach include: 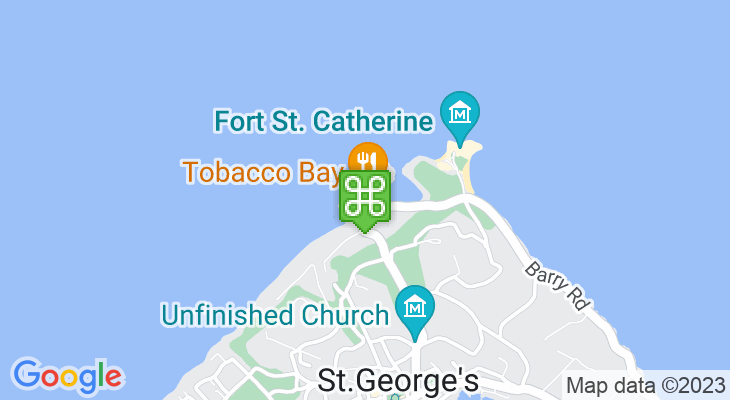 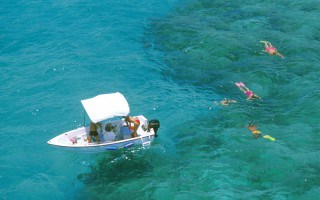 Our pick of the best places to snorkel on the island. Also includes details of companies offering snorkelling tours.