Although this landmark in St George looks like the ruins of an ancient church, it is actually the uncompleted framework of a relatively new church. Construction work on the Unfinished Church began in 1874. It was intended to replace St Peter’s Church, which at the time was thought to be beyond repair.

As the name says, the church was never completed. Many parishioners believed that a serious effort should be made to restore St Peter’s Church, while others supported the new building. The split in the congregation, together with storm damage and funding problems, meant that the project ground to a halt. Looking back it’s a good thing it did. Had the church been completed, then the wonderful St Peter’s would probably not exist today.

Today the roofless structure is managed by the Bermuda National Trust and is a popular tourist attraction. Shutterbugs in particular love to visit and take pictures. It also makes an impressive setting for wedding ceremonies.

The Orange Ferry sails from Royal Naval Dockyard to St George. Click here to find out when it operates.

In recent years, however, weathering and vandalism have made some parts of the structure dangerous to visitors. It closed in 2010 but reopened at the beginning of 2013, only to close again. At the time of writing (June 2013) the grounds are open but the ‘interior’ of the building is closed off while repairs are being carried out.

The Unfinished Church is situated just north of the centre of St George. To reach it by public transport you can take bus number 1, 3, 10, or 11 from Hamilton. Alternatively take the ferry from Dockyard to St George. Admission (when it’s open) is free.

The church was designed by Scottish architect William Hay. Although this building was never finished, Hey did complete a number of projects on the island. One of them was the Bermuda Cathedral in Hamilton. It’s well worth a visit if you are in the capital. 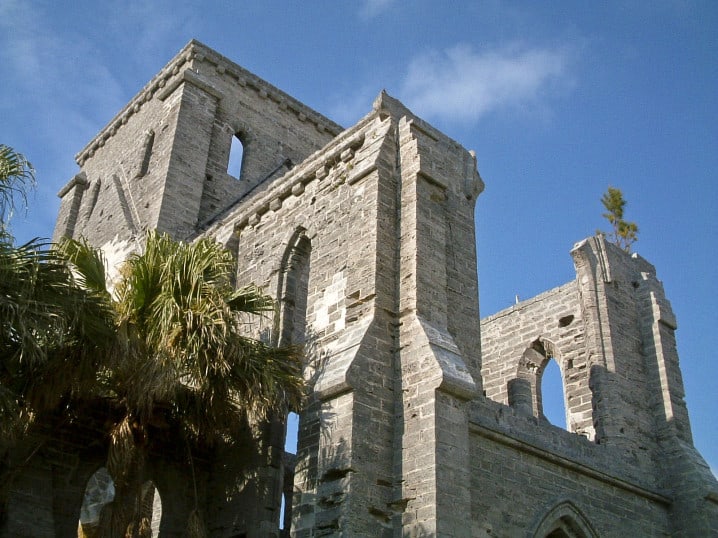 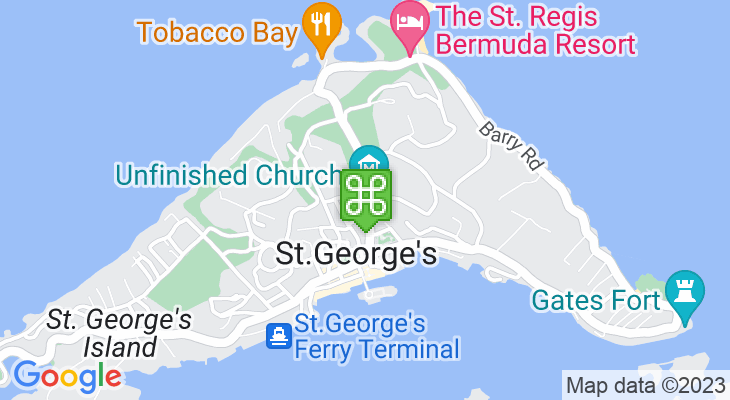 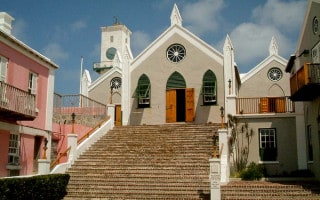 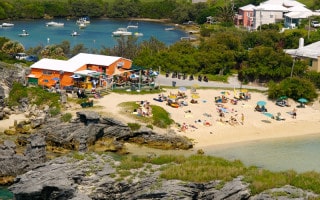